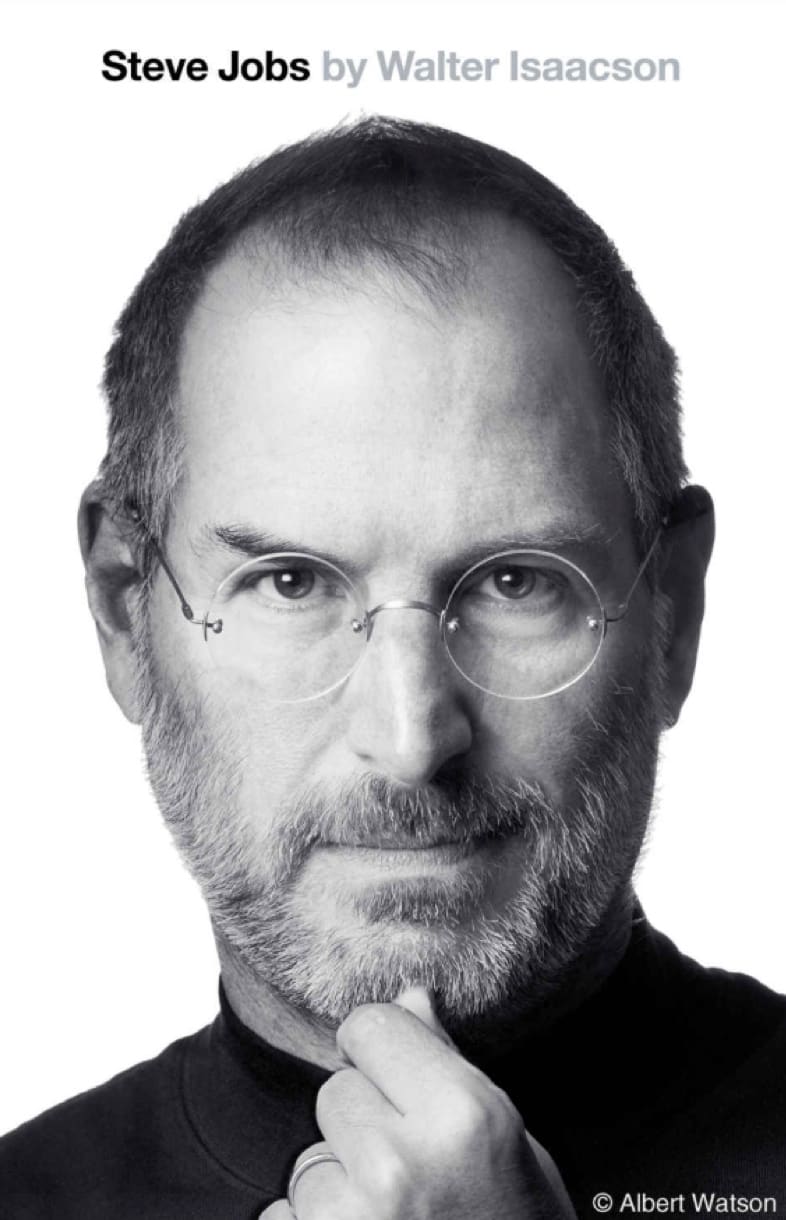 Walter Isaacson digs into Steve Jobs life from his childhood through to his death.

It paints a picture of a man with polarising views - something is either "insanely great", or "absolutely shit". If anything, Jobs' reputation as a prick and uncompromising people manager, visionary, and creative genius is confirmed.

A very human look at a man who offered the world much because of his flaws and uncompromising values.

If you want to live your life in a creative way, as an artist, you have to not look back too much. You have to be willing to take whatever you’ve done and whoever you were and throw them away. The more the outside world tries to reinforce an image of you, the harder it is to continue to be an artist, which is why a lot of times, artists have to say, “Bye. I have to go. I’m going crazy and I’m getting out of here.” And they go and hibernate somewhere. Maybe later they re-emerge a little differently

"Picasso had a saying - 'good artists copy, great artists steal' - and we have always been shameless about stealing great ideas."

“The older I get, the more I see how much motivations matter. The Zune was crappy because the people at Microsoft don’t really love music or art the way we do. We won because we personally love music.

“I had no idea what i wanted to do with my life and no idea how college was going to help me figure it out.”

“When you open the box of an iPhone or iPad, we want that tactile experience to set the tone for how you perceive the product.”

“Intuition is a very powerful thing, more powerful than intellect, in my opinion.”

“On the day he unveiled the Macintosh, a reporter from Popular Science asked Jobs what type of market research he had done. Jobs responded by scoffing, "Did Alexander Graham Bell do any market research before he invented the telephone?"

Steve has a reality distortion field.” When Hertzfeld looked puzzled, Tribble elaborated. “In his presence, reality is malleable. He can convince anyone of practically anything. It wears off when he’s not around, but it makes it hard to have realistic schedules."

“Jobs tended to be deeply moved by artists who displayed purity, and he became a fan. He invited Ma to play at his wedding, but he was out of the country on tour. He came by the Jobs house a few years later, sat in the living room, pulled out his 1733 Stradivarius cello, and played Bach. “This is what I would have played for your wedding,” he told them. Jobs teared up and told him, “You playing is the best argument I’ve ever heard for the existence of God, because I don’t really believe a human alone can do this.”

“Was he smart? No, not exceptionally. Instead, he was a genius. His imaginative leaps were instinctive,
unexpected, and at times magical. He was, indeed, an example of what the mathematician Mark Kac called a magician genius, someone whose insights come out of the blue and require intuition more than mere mental processing power. Like a pathfinder, he could absorb information, sniff the winds, and sense what lay ahead.”

Click👇️ to view book on Amazon